For example Velimir Khlebnikov dreamt of a new, universal language, the so-called Zaum, and had incredible visions for the future of the by then brand new medium radio. Mikhail Matyushin, Aleksei Kurchenykh and Kazimir Malevitch composed a futuristic opera entitled Victory over the sun and even Dziga Vertov experimented with hearing and radio before he turned exclusively towards cinema. But probably the most extreme example for the combination of sound and revolution is Arseny Avraamov’s Symphony of Sirens, which was only performed twice: November 7, 1922, for the fifth anniversary of the Russian Revolution in Baku, an important seaport of Azerbaijan, and one year later in Moscow. 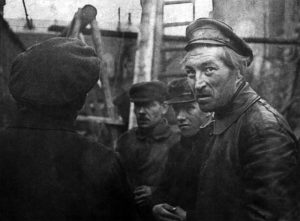 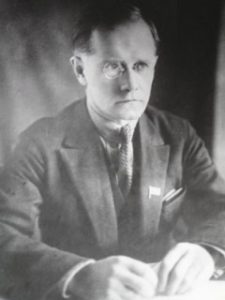 Inspired by texts of the revolutionary poet and engineer Aleksei Gastev, Avraamov used the whole city as an orchestra or as a „music box“, as German media archeologist Siegfried Zielinski calls it: Foghorns, 25 steam locomotives, hundreds of sirens and choirs with up to 1`000 singers collectively performed this Symphony of Sirens in honor of the Russian Revolution, while Avraamov was standing on a tower, conducting the „noise“ by waving flags. 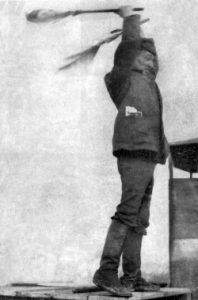 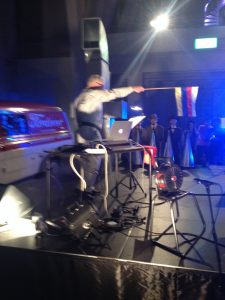 Since then the Second World War, the Holocaust, the atomic bomb, the Gulag, the landing on the moon, the vanishing of the Soviet Union and many, many more things happend but neither the new Soviet man nor the new Soviet women, of whom the communists had dream, did show up. Performing the Symphony of Sirens almost 100 years later therefore of course cannot only be a sheer re-enactment but requires a reflection of the dissonance between the dreams back then and our reality in today’s very late cpatialism. Invited by the Brno Philharmonic in the South East of the Czech Republic, the German noise musician FM Einheit and radioplay author Andreas Ammer came up with a very poignant and convincing adaption of Avraamov’s Symphony of Sirens.

On October 21, 2017 they performed it together with Byelorussian sax player and free jazzer Pavel Arakelian, the Austrian-Amercian tubist Jon Sass, the German percussionist Saskia von Klitzing, Siegfried Zielinski as the German performer of Gastev and Ján Sedal as his Czech translator. Instead of foghorns they used cleaning machines, concret mixers, two Harley Davidsons were driven through the hall full of audience, the fan club of Brno’s renowned ice hockey team Kometa was cheering, a choir sang The Internationale and La Marseillaise as well as different kinds of ambulance vehicles sounded their horns and sirens. In front of the hall 25 cannon balls were fired and a steam locomotive was whisteling: 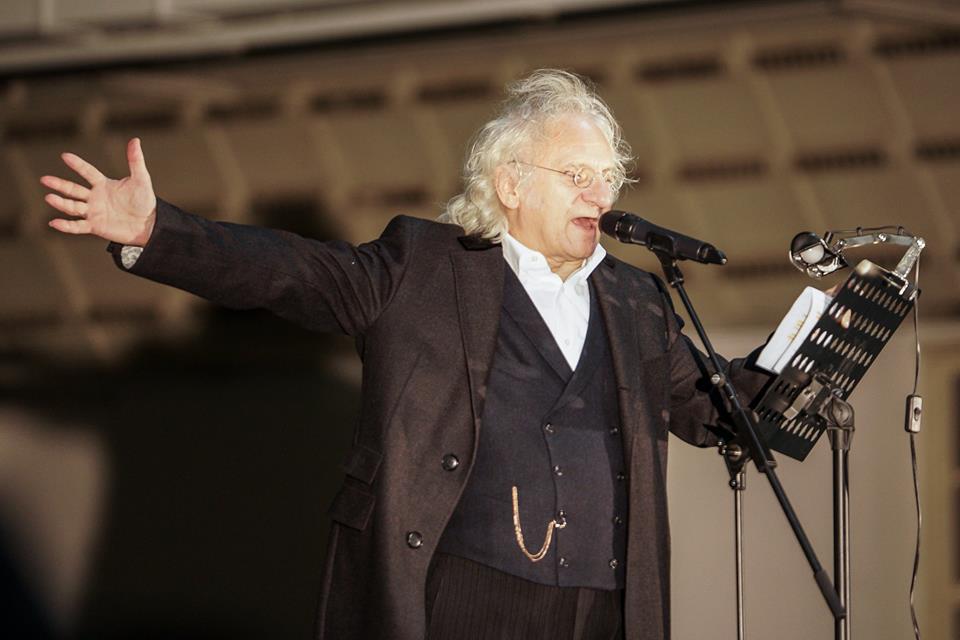 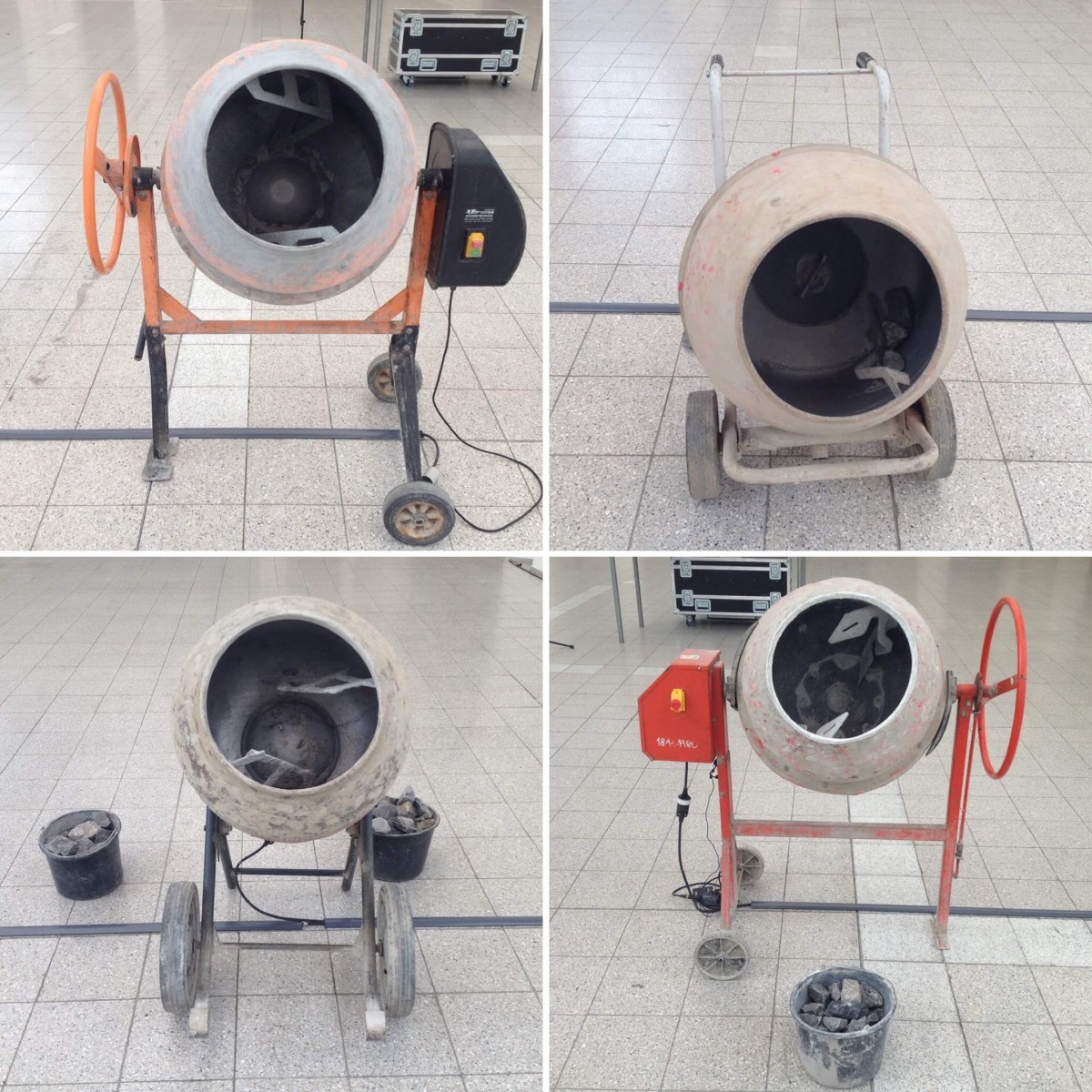 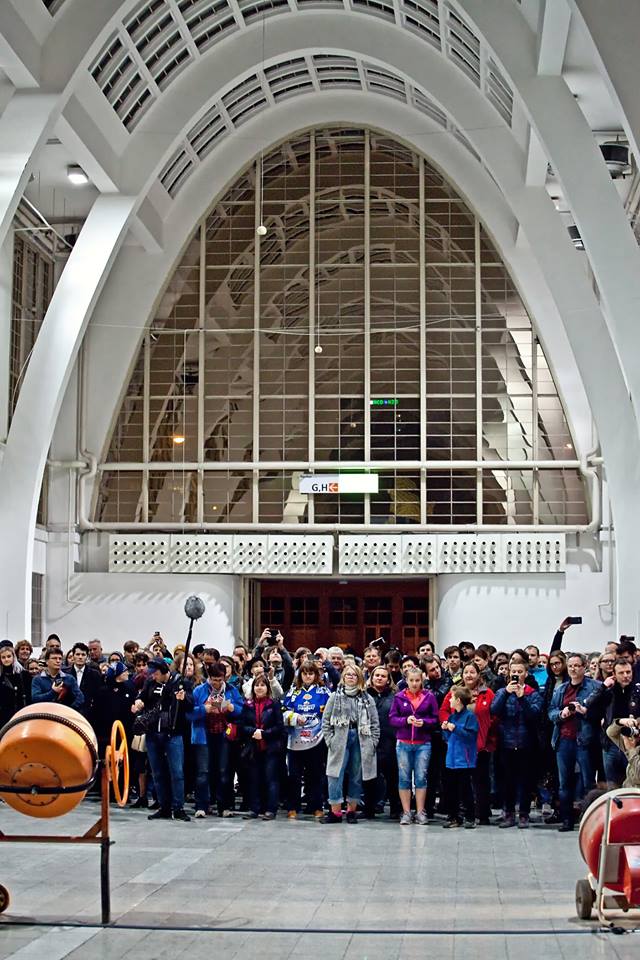 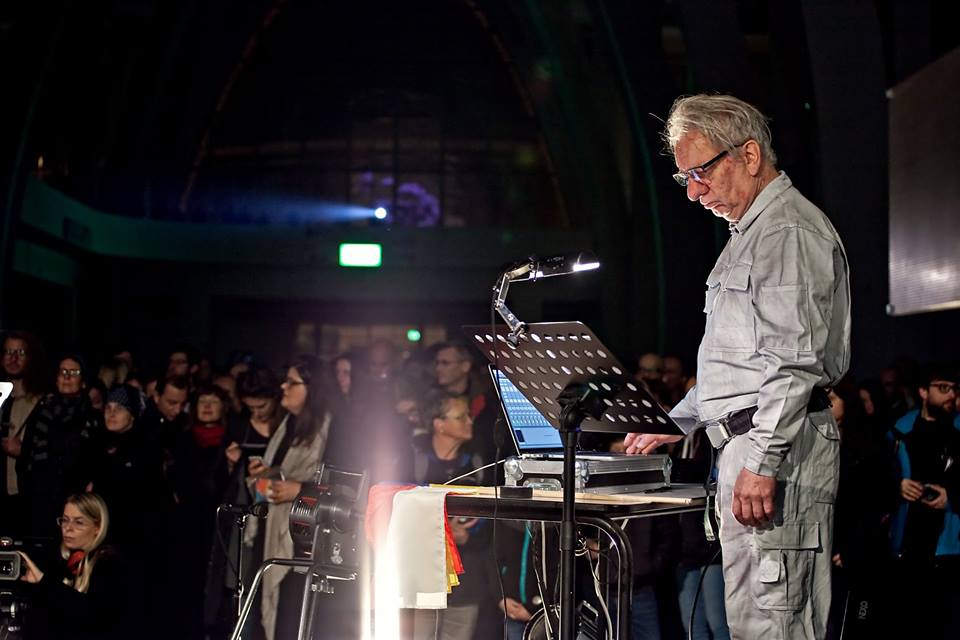 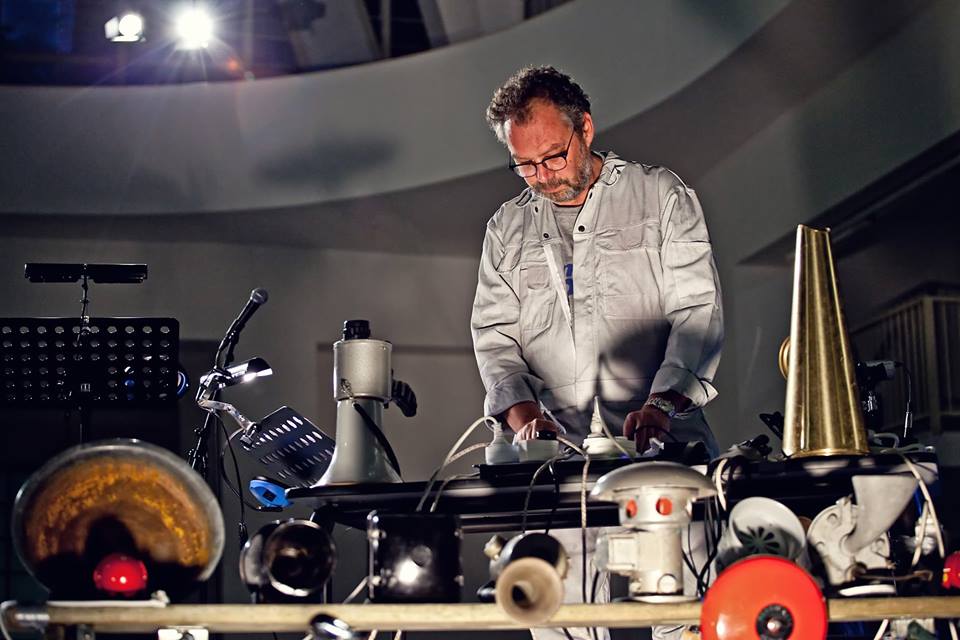 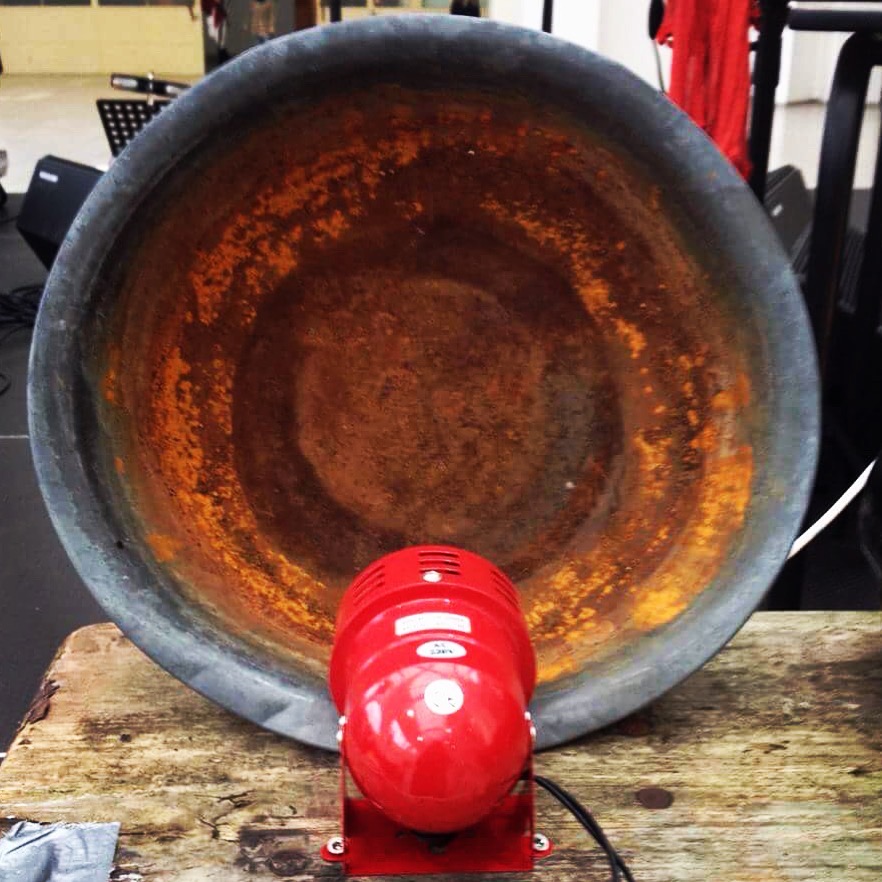 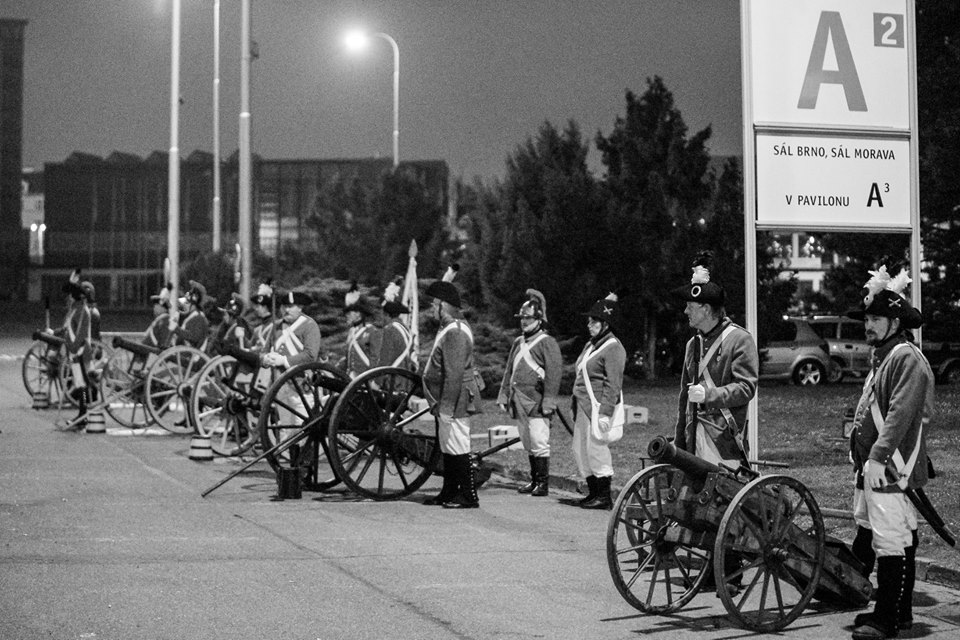 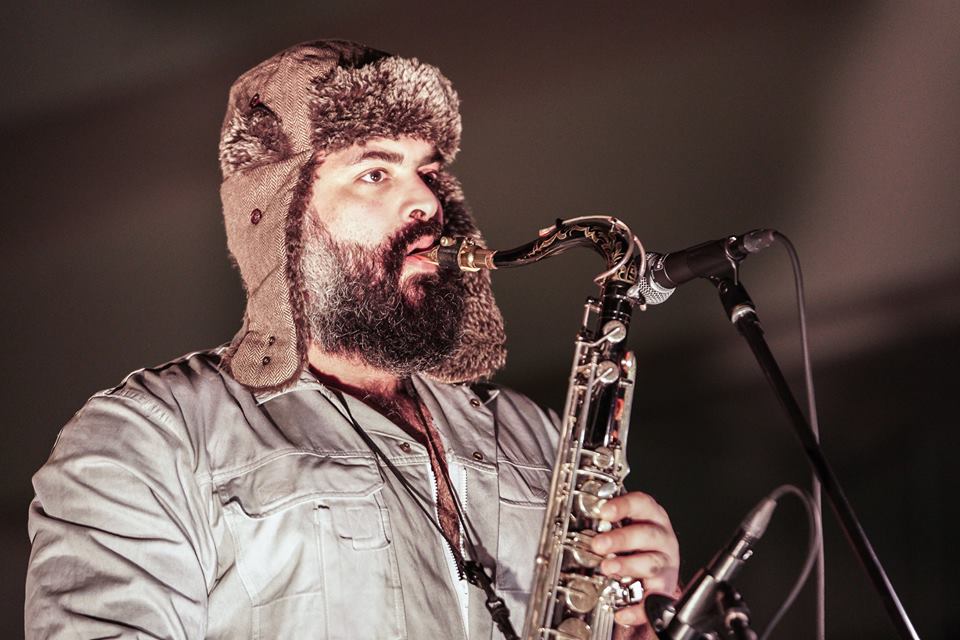 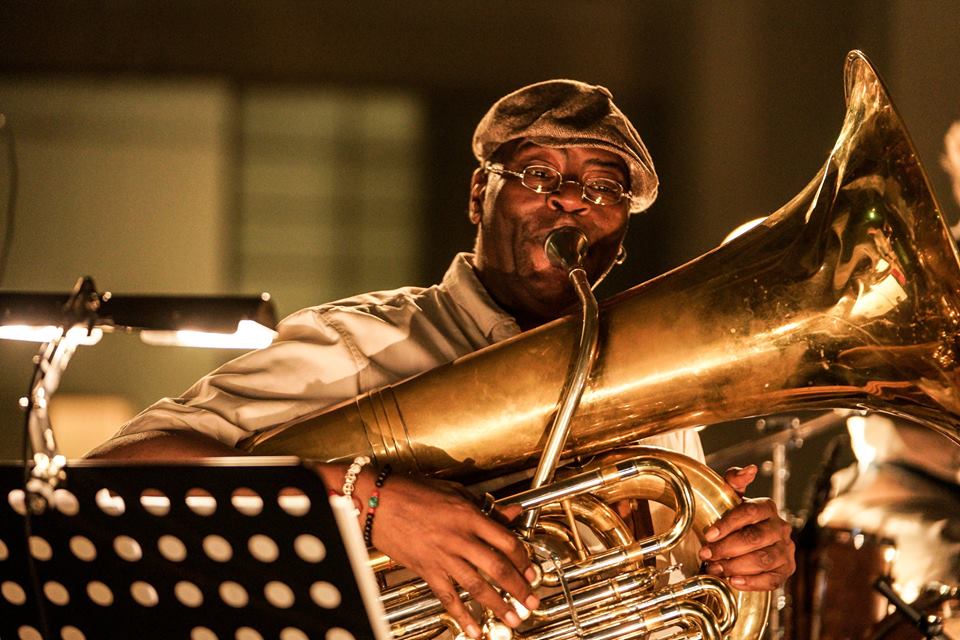 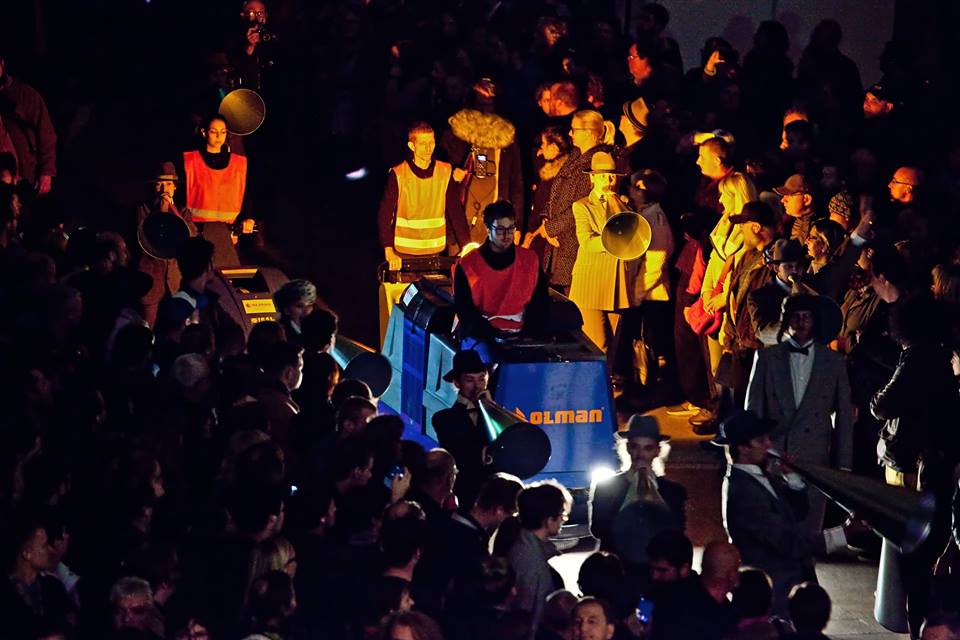 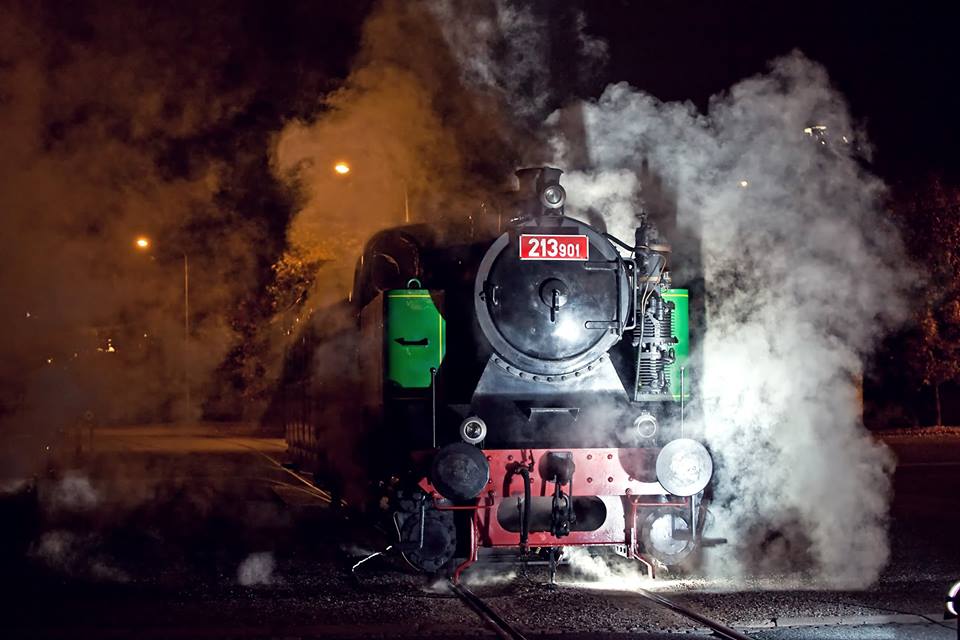 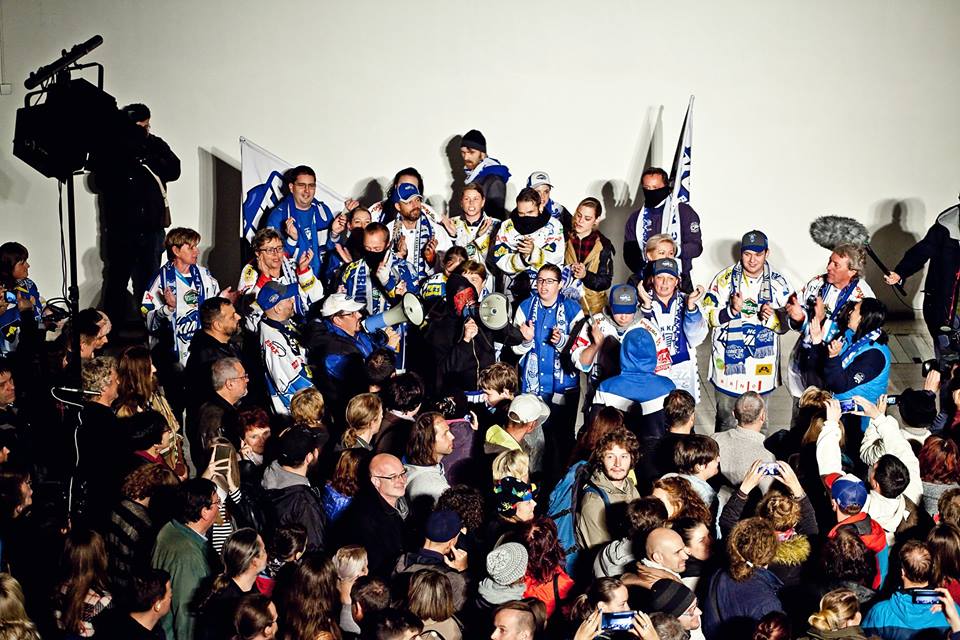 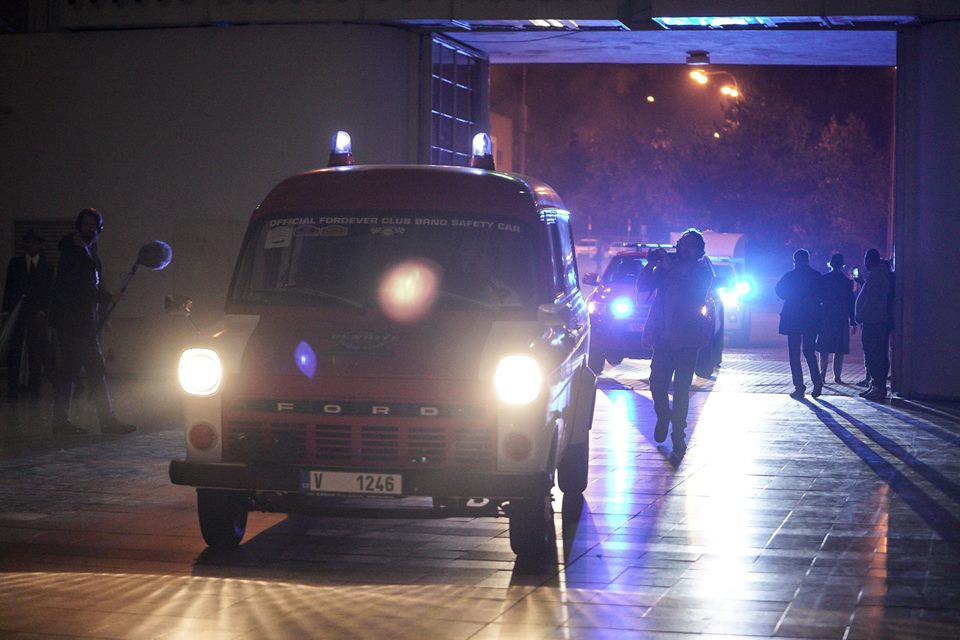 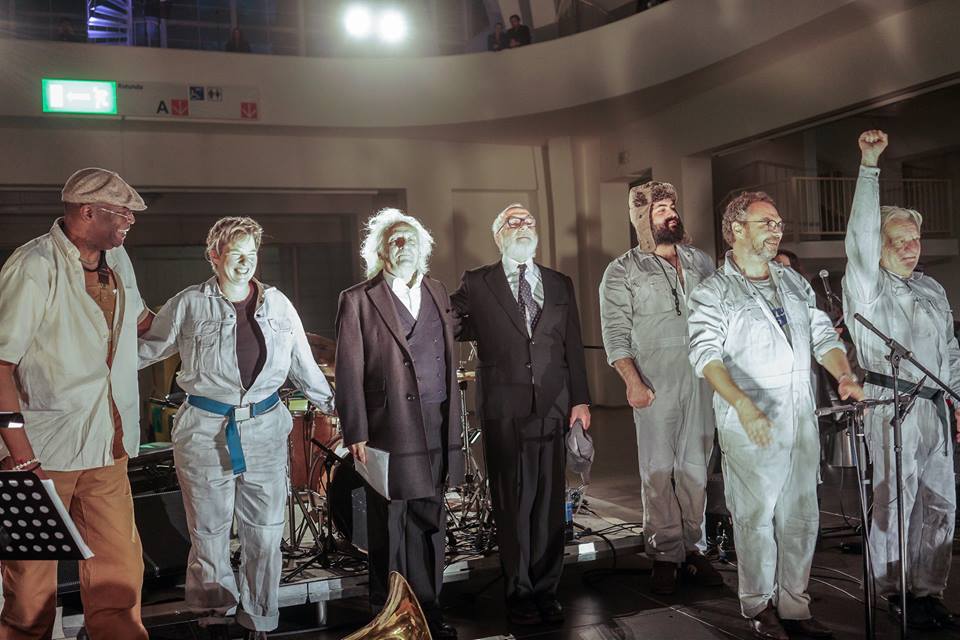 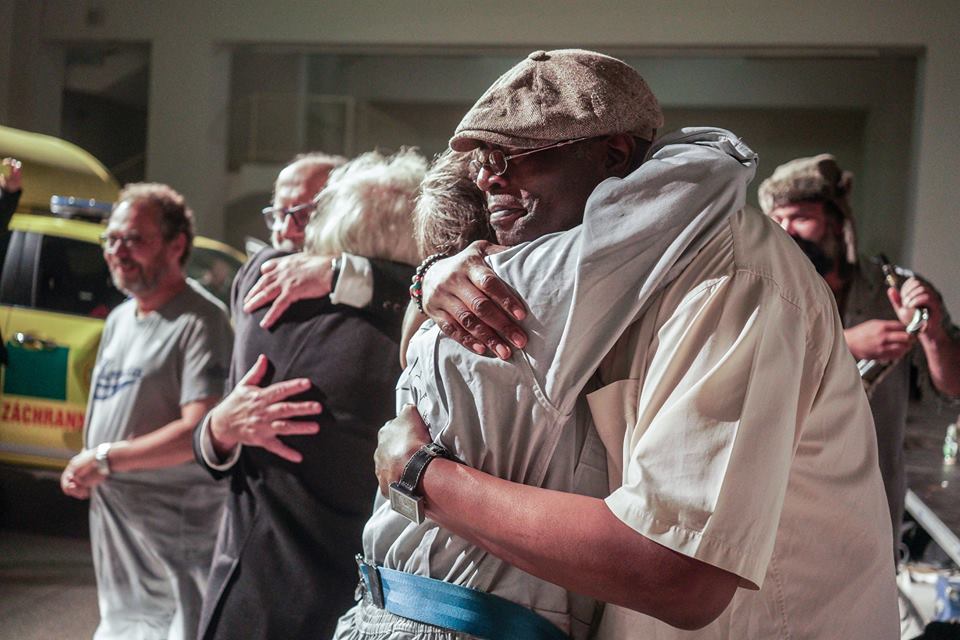 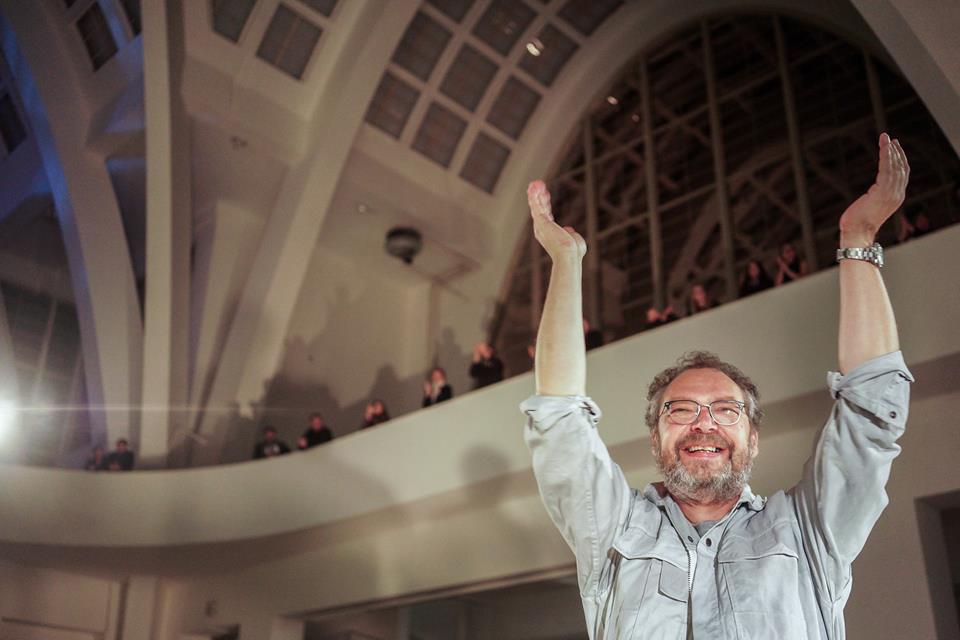 Probably this was one of the most unique concerts I ever attended, regarding the degree of loudness but also because of the meaning of its noise. There was no utopian optimism to it anymore. It’s been an impressive mixture of disillusionment, despair, melancholia and uproar against unacceptable realities, a noisy bemoaning of all the victims and sacrifices that come with so-called capitalist progress. I wouldn’t call it a cathartic experience, rather a reminder why silence isn’t the only answer – despite John Cage’s precious inshights – and why noise still is and always will remain mandatory.

My compliments to all of the artists and especially also to Vítězslav Mikeš, Lukas Jirica and the whole team of the Brno Philharmonic for making this happen.

In case you missed it: Next year a recording of this performance will be broadcast on the radio by the department for radio drama at Bayerischer Rundfunk.