We went to the demonstration and recorded the speeches by Thunberg and all the other students from Berlin and the neighboring state of Brandenburg, where one of the dirtiest lignite power plants in Germany is still in use. That issue was addressed in several speeches because of the forthcoming 2019 Brandenburg state election and the activists‘ push for a ban on lignite plants. 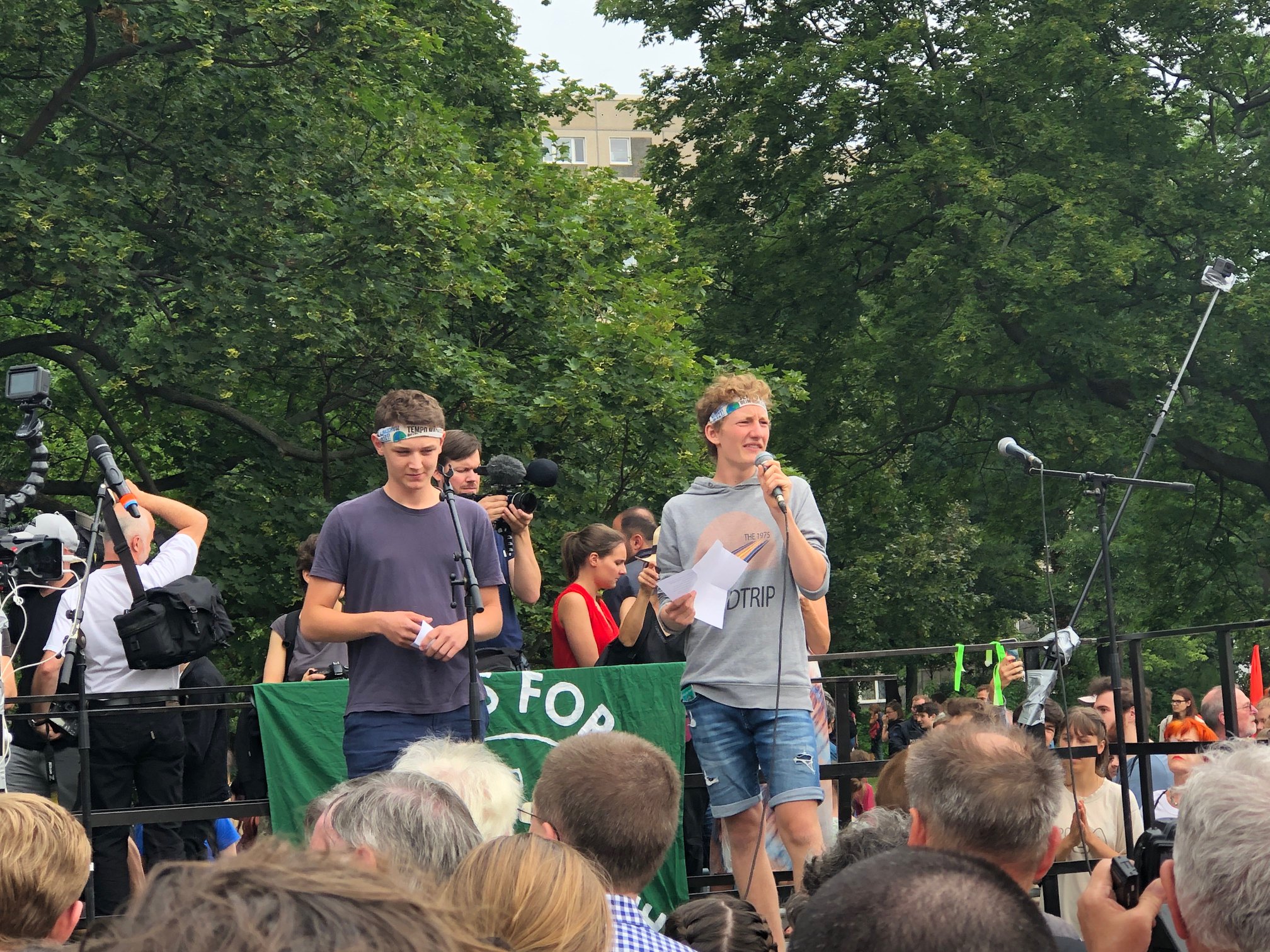 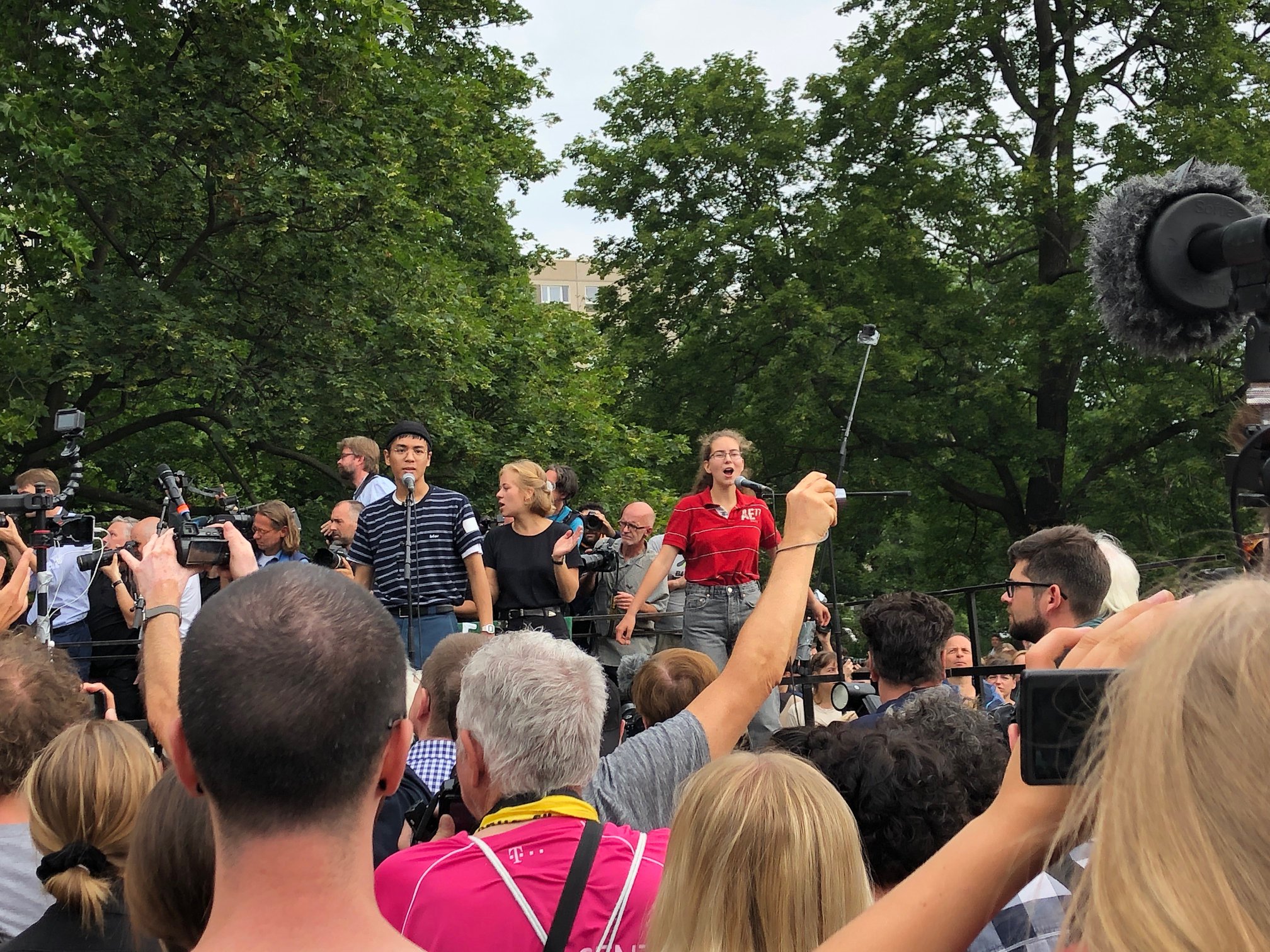 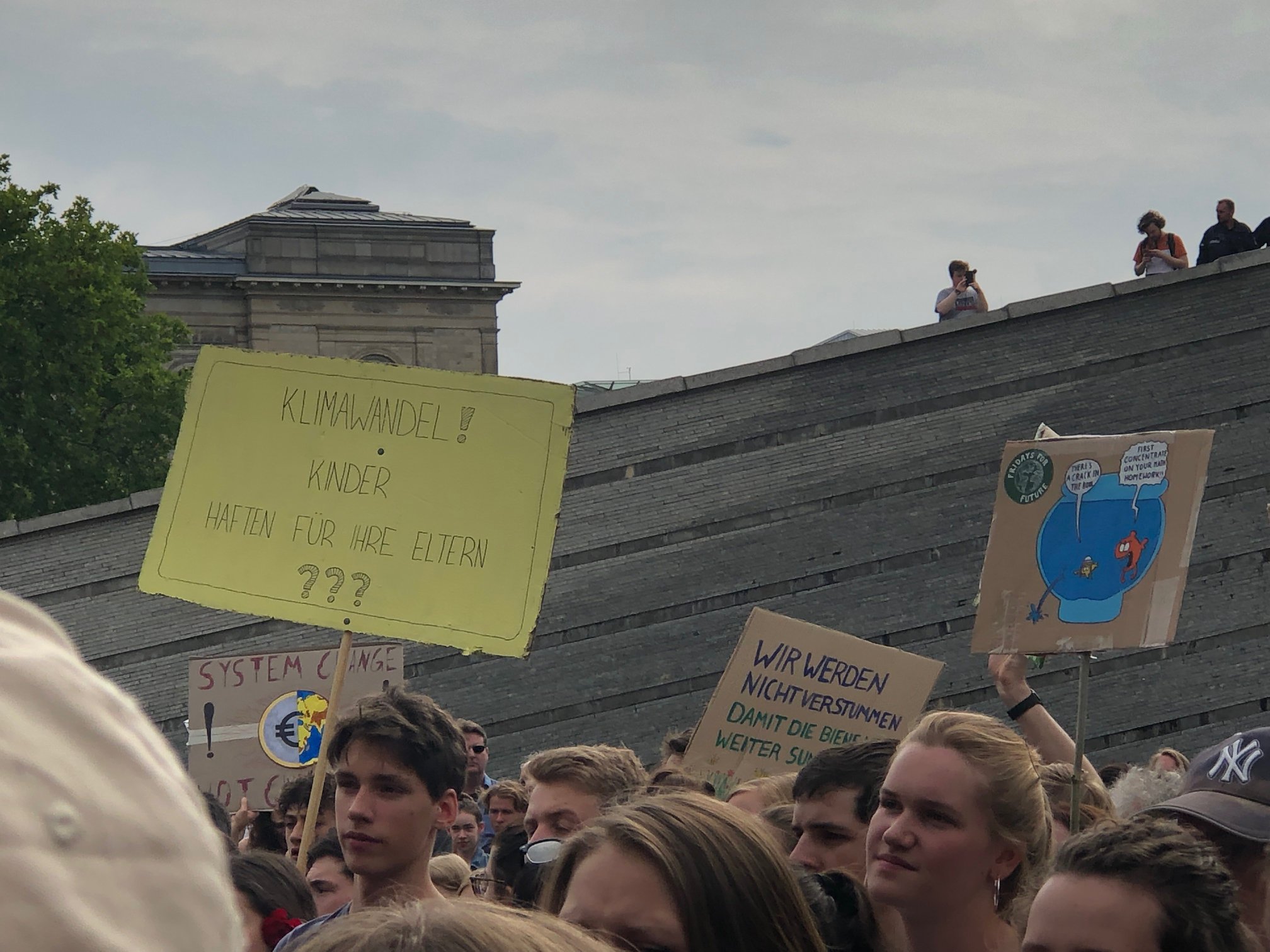 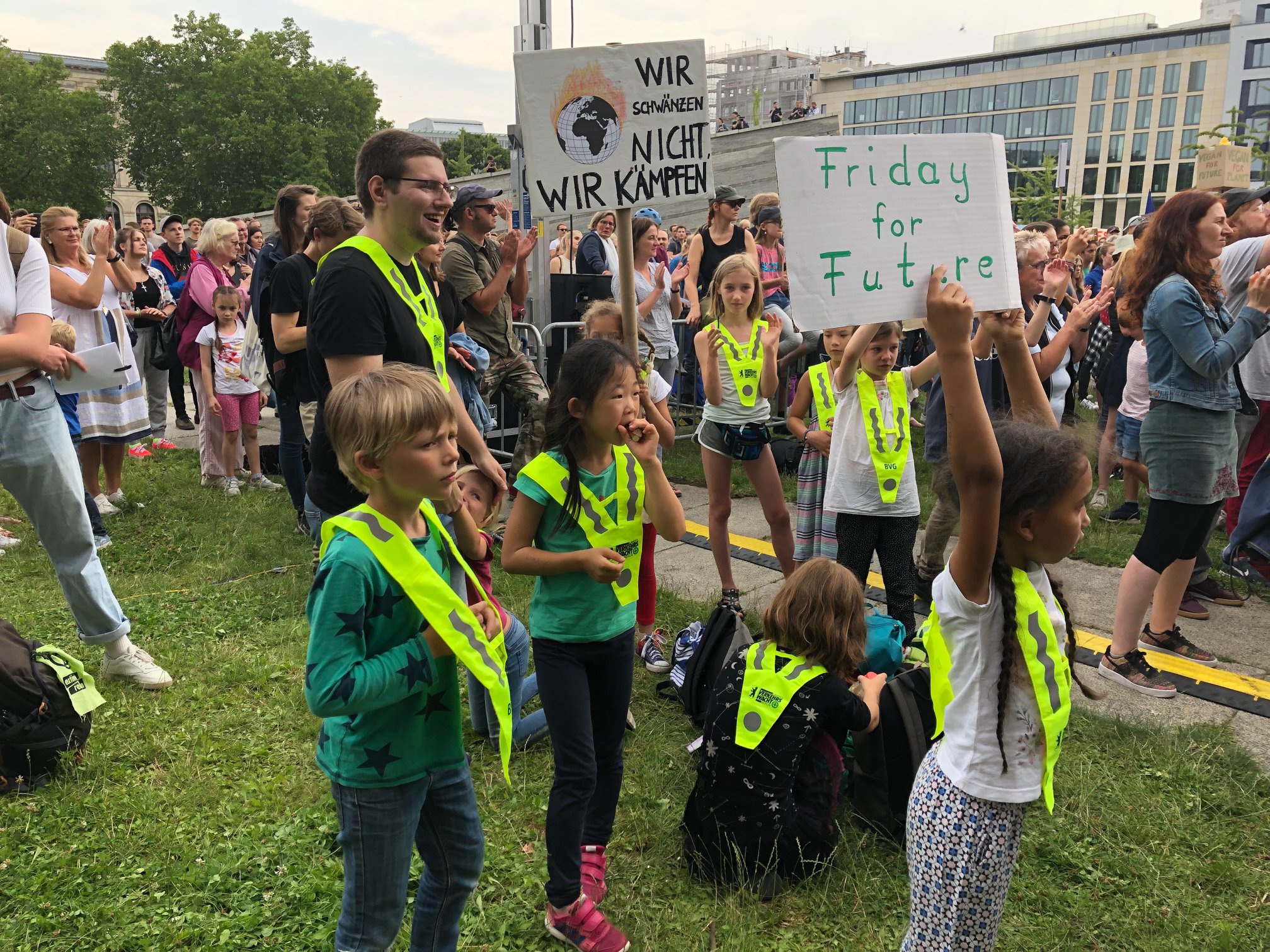 Course participant Laura-Marie Czach’s report for the podcast reconstructed the development of current climate activism and its two major movements, Fridays for Future and Extinction Rebellion. She also interviewed Hannah Blitz, a 16-year-old teenager from Berlin who has been on strike for the climate as part of the German Fridays for Future network since December 2018. Against all odds, Blitz seems to be as determined as Thunberg not to give up quickly.

One of the speakers who impressed us the most was Sebastian from Potsdam. His speech focused on the growing number of wild fires due to climate change all over the world. Their devastating effects have gone far beyond just California: Germany, too, had major wild fires this summer, and the fires in the Arctic Circle are still raging in their third month. Of course, Sebastian also referred to Greta Thunberg’s famous remark that „our house is on fire“, which also inspired course participant Jeltje Anna Schmidt’s original spoken-word text „Unser Haus brennt“ for the podcast.

Course participant Maximiliane Wittek took most of the pictures and designed the logo for the podcast, while Greta Deppermann not only filmed the demonstration but also produced the musical remix of our program and presented the podcast.

Last but not least Maximiliane also wrote and published her manifesto „Humans for Future“ on the podcast. She tries to develop a perspective on how the transition into a new, eco-friendly society could take place and what it would mean for each and every one of us.

Due to unforeseeable technical challenges, we were lucky to receive generous support from speaker-search, the Berlin-based recording studio and agency for professional speakers, which facilitated the final mix. Thanks to the magnificent skills of sound engineer Alessandro Mongardini, we were even able to complete the whole podcast that same Friday, while also learning about the routines of a professional recording studio.

I would like to thank everyone involved in this project: Prof. Birgit Schneider of the University of Potsdam for giving me the unique opportunity to teach the course; the four participants, Laura-Marie Czach, Greta Deppermann, Jeltje Anna Schmidt and Maximiliane Wittek, for their great work, creativity and commitment; Anne Quirynen and Jan Schütze of the University of Applied Sciences for their support during the preparation of the course; and Jörn Witt, Sören Nehe and Alessandro Mongardini of speaker-search for their support in finalizing the podcast – as well as a big thank you to all climate activists of course.

For me as the lecturer and editor of this course and podcast, it has been a unique experience. Not only could I improve my knowledge about how to teach audio and podcasting, the intense discussions in our course about the climate crisis and how to respond to it also taught me a lot about the issue, as well as its acoustic dimension. Although sound might not be the most immediately appropriate and obvious way to address the energy underpinnings of the climate catastrophe, I am convinced more than ever that Australian sound and art researcher Douglas Kahn is right: sound may be one of the best ways to address one of the most important issues of our time – the climate crisis.

For more information, check out our Facebook page and listen to our podcast on SoundCloud.

Special thanks to our sponsor speaker-search, recording studio and agency for professional speakers.