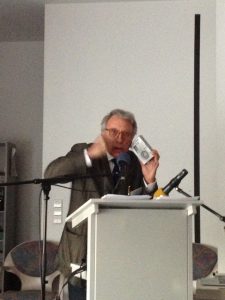 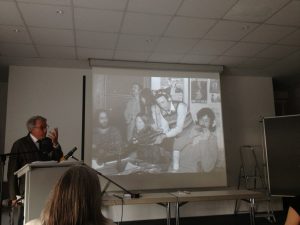 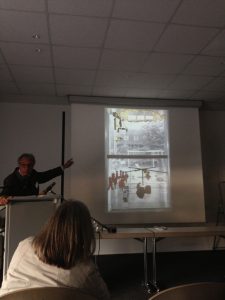 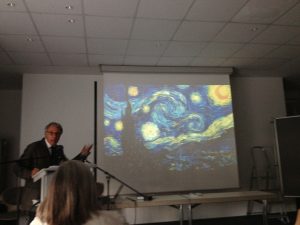 It was Marshall McLuhan who finally realized the potential of electricity. But way before the philosphers it were the artists, as Hank Bull asserted, who enganged immediatelly with the new possibilities of electricity and explored it. Thus e.g. Vicent van Gogh painted the first light bulb and Marcel Duchamp created the first piece of radio art, as Hank Bull proposed with a smile and a wink on his face.

If you get a chance, listen to the pod-cast of his lecture performance, tune in to the live-stream of the conference with many interesting speakers like Anna Friz, Colin Black, Ralf Homann, Philip Glahn, Claudia Wegner, Vito Pinto and many others from all over the world. Or just come by, if you happen to be in Bremen.

I will present my lecture on Catastrophes, Hörspiel-Pop and Radio-Opera on Saturday at 3 pm.